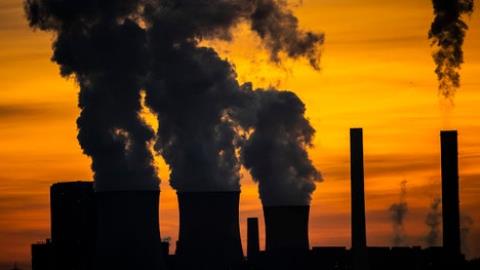 A new report from Greenpeace and WWF, reveals that UK banks and asset managers were responsible for financing 805 million tonnes of CO2 in 2019, which would make the City of London the 9th biggest emitter of CO2 in the world. world if it was a country – ranked higher than Germany.

The research indicates that finance is one of the UK’s biggest contributors to climate change and supports calls for the introduction of regulation across the sector to bring it in line with the goals of the Climate Change Accord. Paris.

The analysis was carried out by South Pole using the PCAF carbon accounting methodology to calculate emissions associated with UK financial sector lending and investment activities.

It revealed that UK banks and asset managers were financing carbon emissions that were 1.8 times the annual net emissions of the UK as a whole.

Greenpeace says the findings demonstrate that UK finance should be seen as a ‘carbon-intensive sector’, similar to oil and gas extraction, coal mining, aviation and transport.

Greenpeace UK Executive Director John Sauven comments: “Finance is the UK’s dirty little secret. Banks and investors are responsible for more emissions than most countries and the UK government is giving them a free pass. How can we say we are “leading the world on climate action” while allowing financial institutions to invest billions in fossil fuel production each year? The claim is almost laughable.”

He says the true scale of carbon emissions funded by the UK financial sector is expected to be much larger, as the analysis used an indicative sample of UK financial institutions – consisting of fifteen banks and ten asset managers – and excludes some fundraising activities. like subscription.

Despite this, UK financial institutions are not currently regulated in the same way as other high-carbon sectors, and when it comes to reducing emissions, they are not legally bound to align their funding from UK or global climate pledges.

According to the Intergovernmental Panel on Climate Change (IPCC), in order to limit the global temperature rise to 1.5°C, global emissions must fall by 45% below 2010 levels by 2030.

A new survey by iResearch Services of 550 UK finance professionals shows 52% think ‘greenwashing’ is rampant in the sector, with 38% of respondents going on to say they believe that all financial services companies operate unethically, claiming to be sustainable when they are not environmentally friendly practitioners.

“Voluntary pledges don’t get the job done,” she says. “The UK government must show the global leadership expected of the COP26 Presidency and commit to requiring all financial institutions to have net zero transition plans that cover their investments in every corner of the world.”