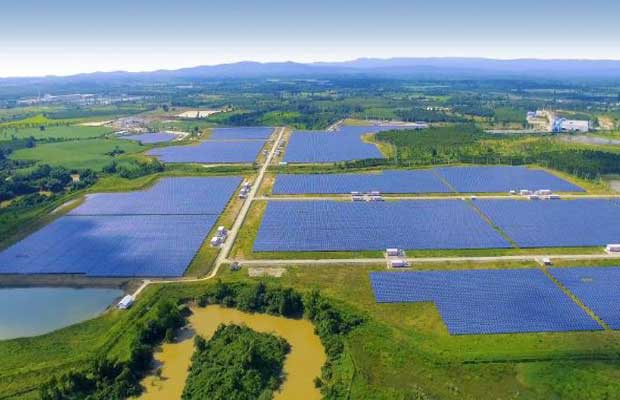 A 600 MW solar park will be financed by the International Finance Corporation (IFC), a World Bank institution that focuses on private sector financing, in India.

According to reports, the solar park project will be based in the state of Uttar Pradesh. The infrastructure development will be carried out by TUSCO Limited.

IFC will fund infrastructure development for a solar park in the state of Uttar Pradesh. The park is being developed by TUSCO, a joint venture between THDC India and Uttar Pradesh New & Renewable Energy Development Agency.

THDC India is a hydroelectric generation company seeking to develop a capacity of 2 gigawatts (GW). The upcoming 600MW park in Uttar Pradesh is part of the same company under the central government’s Ultra Mega Renewable Energy Power Park scheme. In this program, the Ministry of New and Renewable Energy (MNRE) provides capital support for Ultra Mega Solar Park infrastructure.

TUSCO will develop power transmission and also support infrastructure. The company will receive support of up to $26,800 per MW.

Last year, the IFC had made a crucial investment of $126 million in the federal band – a private sector bank – in India for the expansion and development of climate-friendly projects and to help the MSME sector. Projects in renewable energy, green buildings, climate-resilient agriculture, energy efficiency and waste management are funded through this move.

India is the third largest emitter of greenhouse gases in the world. The IFC itself has estimated that India will deliver climate-related investments worth $3 trillion by the end of this decade.

The new solar park to be opened in Uttar Pradesh is part of the central government’s target to install a massive 40 GW solar power in India before the end of fiscal year 2024. According to the government, the Approval for 26.5 GW of solar power parks has already been granted and nine solar projects with a combined capacity of 14.6 GW are fully or partially operational in the country.

is your organization ready for analog switchover?