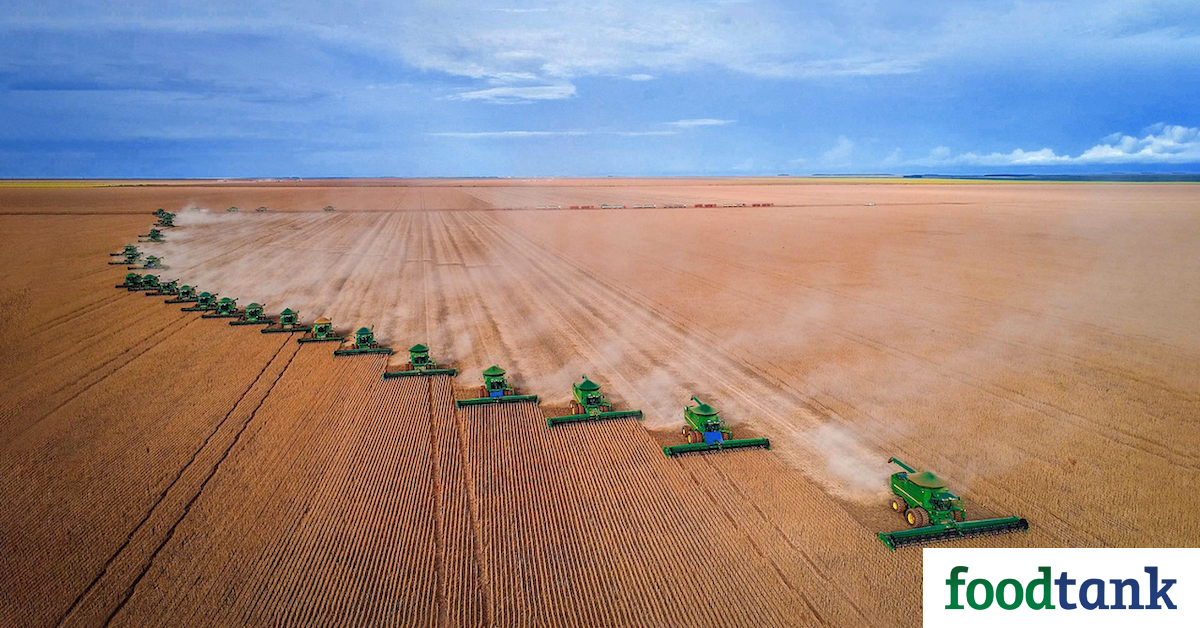 In late June, the private sector arm of the World Bank, the International Finance Corporation (IFC), approved a US$200 million loan to agribusiness giant Louis Dreyfus Company (LDCs). Under the guise of “sustainability”, the loan will be used to buy soybeans and corn – mostly for factory farms – grown on mega-factory farms in highly threatened regions of Brazil. Cerrado.

A biodiversity hotspot that houses 5 percent of the world’s population animals and plants and 216 indigenous territoriesthe Cerrado has already lost half of its native vegetation to cattle ranches and mechanized soybean and corn mega-farms. LDC is just one of many agribusinesses, including Cargill, Bunge, JBS and Marfrig, whose beef and animal feed businesses threaten to drive this ecosystem down the drain. total destruction by 2030.

While the IFC complaints that its loan to LDC “will respond to increased demand and rising food prices in an environmentally sustainable and socially inclusive manner”, in fact, this investment will further boost the environment destruction and deprivation of rights local and native communities while enriching one of the most rich and more powerful agro-industries. In 2020, LDC generated $49 billion in revenue and has $3.5 billion in public and private funding. With limited public investment in sustainable agriculture, one has to wonder why taxpayer funds are being used to support this well-resourced mega-corporation that has contributed to the destruction of the Cerrado ecosystem over the past decade. .

Since the end of May, Friends of the Earth, members of the Stop Financing Factory Farming (SFFF) campaign and more than 230 civil society organizations (CSOs) from around the world have fought to block the investment. In many letters to the IFC and its government shareholders, groups documented how is this investment inconsistent with the bank’s own environmental policies and its commitment to align lending with Paris Agreement and The United Nations Sustainable Development Goals (SDGs).

The IFC justified its $200 million loan by saying the funds would help reduce deforestation through “Support [for] a portfolio of eligible soybean and corn growers in Brazil who are committed to zero deforestation and the conversion of native vegetation. But these “eligible farmers” are industrial farms of several thousand acres located in the states of Goiás, Mato Grosso and Minas Gerais, which are already largely deforested. Even though the incentives put in place under the loan could prevent future land conversions, deforestation is just one of many environmental and social impacts that would need to be addressed by public financing for a company like LDC.

Completely ignored in IFC loan analysis are the additional negative impacts use by industrial farms pesticides and fertilizers on climate and air, soil and water Resources. Also ignored were harmful social impacts of these operations, including pesticide-related illnesses and deathsincluding in children, as well as the potential for land grabbinglocal community Conflicts and the shift small farmers.

Failure to address these serious issues undermines IFC’s stated commitment to help to achieve the sustainable development goals. A German government report 2019 documents how large-scale soybean operations in the Cerrado and elsewhere “are associated with social injustice and environmental degradation that impede the achievement of the United Nations Sustainable Development Goals (SDGs).” According to this report, agro-industrial activities in the region threaten at least 8 of the 17 SDGs, including: 1: No poverty, 2: Zero hunger, 3: Good health and well-being, 12: Responsible consumption and production and 13 : Climate Action.

A cohesive strategy to make LDC’s soybean and corn operations more “sustainable” would have required a change in farming practices that reduce the use of fossil fuels, pesticides and synthetic fertilizers, as CSOs Explain. A more “inclusive” strategy focused on food security would ensure at least some support for low-carbon, smallholder regenerative cropping systems and increased access to land for traditional communities.

The diversion of resources to feed animals rather than humans also threatens to deepen the current global food crisis. As the crisis intensifies, the world 800 million+ hungry people would be better served by public development banks using taxpayer funds to support the production of diverse, truly sustainable and nutritious food rather than food for factory farms that produce cheap meat and dairy for consumption in high-income countries.

Misalignment of the Paris Agreement: the PMA is a big laggard on the climate

IFC’s support for a company that failed to set up sufficient GHG reduction targets conflict with bank targets commitment to align its investments with the Paris Agreement.

Unlike some of his peers, LDC has not yet set Paris-aligned reduction targets for its GHG emissions. The company is committed to reducing its scope 1 and 2 emissions (those generated by operations or activities controlled by the company) by only 1%. More importantly, LDC has not yet calculate its scope 3 emissions (those generated by operations or activities that a company does not control, including soybean production), which likely constitute more than 90 percent of the company’s total. At a minimum, the IFC and other public development banks should require any company benefiting from its preferential financing to set Paris-aligned GHG reduction targets.

Now that the LDC loan has been approved, IFC must be held accountable for its impacts

Working with global allies and partners on the ground in Brazil, the Stop Financing Factory Farming campaign will continue to monitor LDC’s activities and hold the IFC to account for the harmful effects of its loans. In a letter In response to the loan approval, more than 100 organizations asked the IFC to disclose the names and locations of industrial operations that its funds will support so that groups on the ground can monitor the impacts of its investment. We have also asked the IFC to urge LDC to sever ties with suppliers known to be involved in illegal activities. Deforestation, land grabbing and/or other human rights violations.

The campaign will also continue to urge IFC and its government shareholders to redirect lending from factory farming and animal feed monocultures to low-carbon, regenerative mixed cropping systems. Such a change would be consistent with the World Bank’s own guidelines on the role of development banks in encouraging capital investment that “encouraging more sustainable practices, properly valuing ecosystem services and mobilizing resources, knowledge and technology for smallholders, indigenous peoples and other producers to support a more equitable pattern of food production and consumption” .

About SFFF: The Stop Financing Factory Farming Campaign is a coalition of development, environmental and animal protection groups that works in partnership with communities and locally affected organizations to divert development funding from animal production industrial.

Articles like the one you just read are made possible by the generosity of Food Tank members. Can we count on you to be part of our growing movement? Become a member today by clicking here.