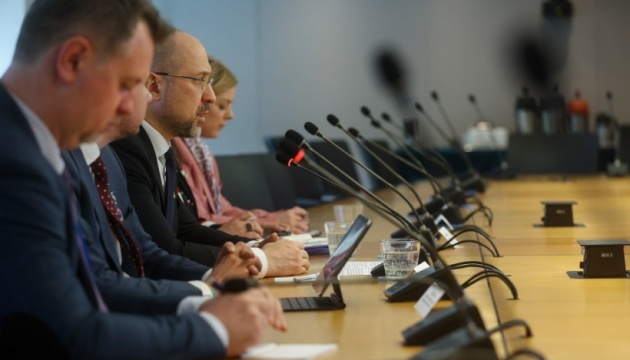 Ukrainian Prime Minister Denys Shmyhal has invited the International Finance Corporation to join in the reconstruction of Ukrainian cities.

According to a statement published on the government website, Shmyhal said this during a meeting with Makhtar Diop, Managing Director and Executive Vice President of the International Finance Corporation.

Shmyhal briefed Diop on the extent of the destruction caused by Russia’s criminal actions and expressed hope that the International Finance Corporation will help rebuild housing and social infrastructure in Ukraine.

“Ukraine plans to rebuild [the country] according to the principles of the green economy. We are currently working on a reconstruction plan. We invite the International Finance Corporation to join this process,” he said.

He also added that the country was counting on the help of the IFC to finance the reconstruction of the transport infrastructure of Ukrainian cities, in particular those hardest hit by the actions of the occupiers.

“We are interested in creating an IFC financial platform that will help fund more Ukrainian cities. Under current developments, attracting foreign investment in the restoration of critical and social infrastructure is one of the most pressing issues. on Ukraine’s agenda,” Shmyhal added.

In addition, Shmyhal stressed the need to continue the implementation of public-private partnership projects after Ukraine’s victory. This applies in particular to the execution of concession projects at airports, railway stations, seaports, as well as PPP projects in the road sector.

Shmyhal is on a working visit to Washington on April 21-22.